Our staff is ready to serve you!

Our professional staff is committed to superior customer service, working safe and providing the best care to your landscape.

Our employees continually receive the most up-to-date training and support the industry offers in order to give our customers quality service. 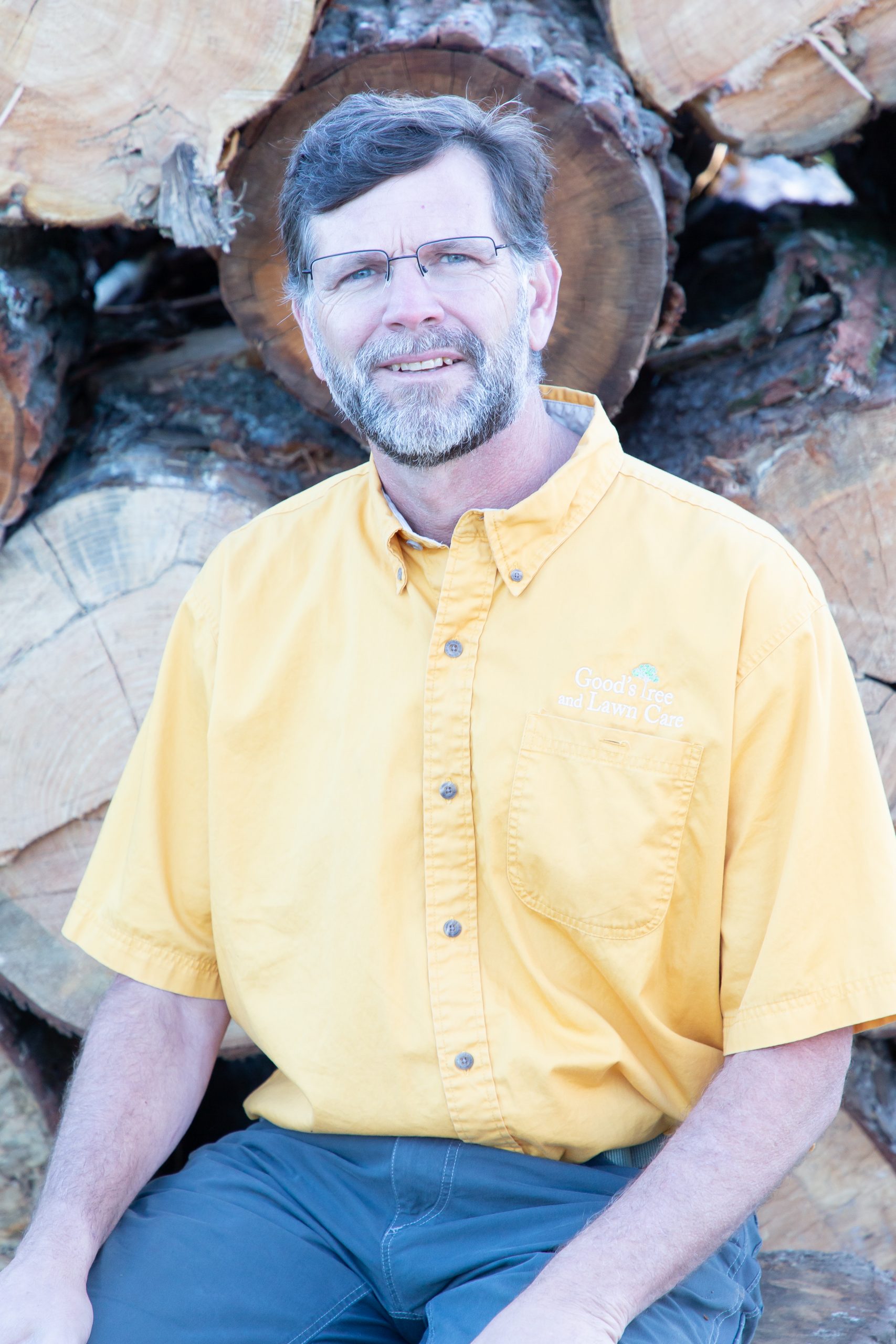 Bob was born and raised in central PA.  After graduating from Penn State Bob worked for a national tree company in the Tidewater Virginia area before starting Good’s Tree Care in 1995.  Bob’s passion is trees, and the outdoors.  He has two boys Mitchell and Ross, and has enjoyed seeing Mitchell become part of the team here at Good’s. 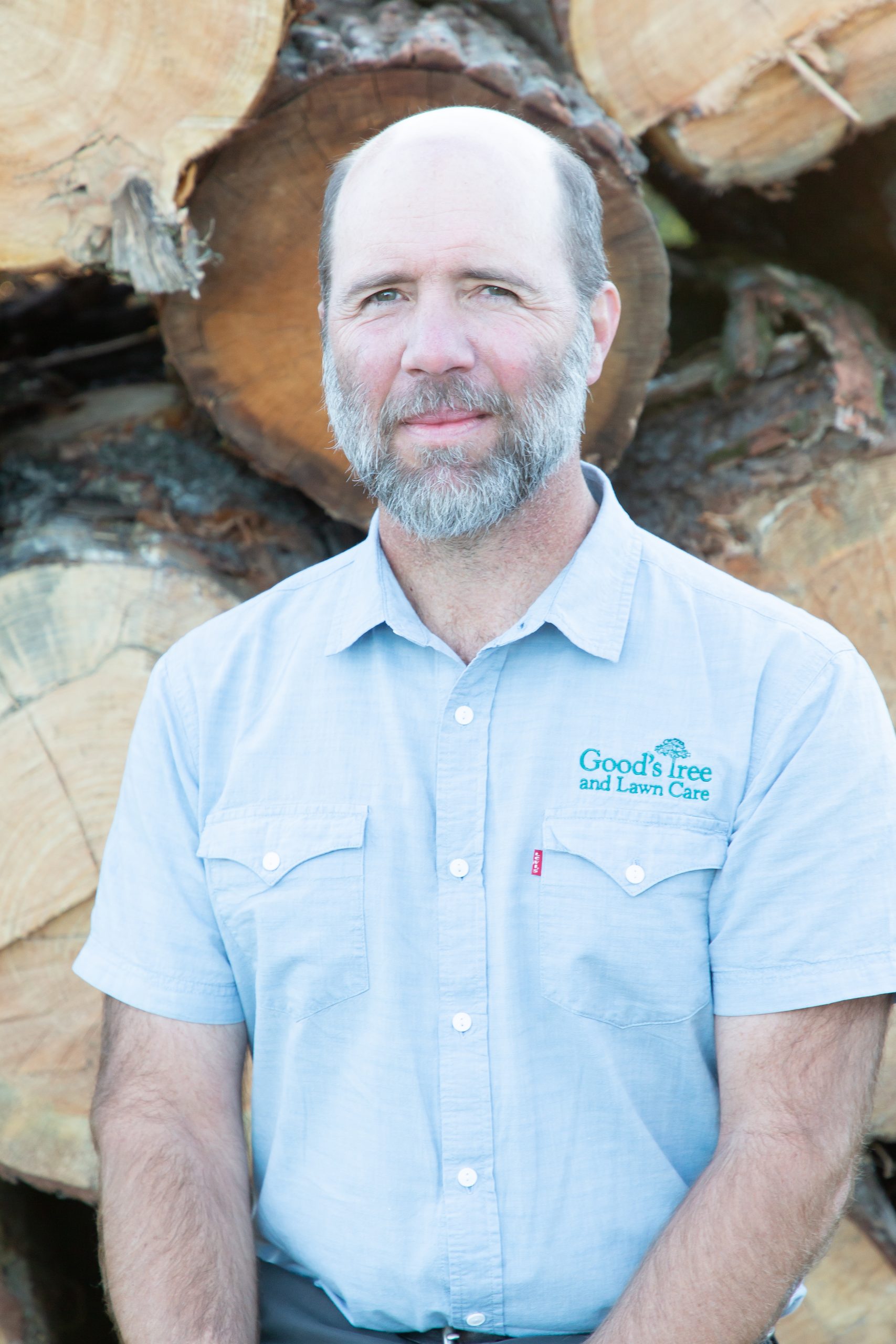 Jon got his start in urban forestry in 1995 working as a groundman for a small tree care company in his hometown near Reading, PA. Jon is a Penn State graduate with a Bachelor’s in Biology and has a Master’s in Environmental Science from Antioch University. It wasn’t until after his formal education that he chose arboriculture as a career, joining with Good’s Tree Care in 2005. Jon moved from a production role to sales/consulting in 2007, and to Operations in 2020. Jon’s greatest passion is sharing a richer understanding of trees with others. He says, “When we learn about trees, know their names, they are no longer strangers to us, and we are more likely to care about them.”

Outside of work, Jon enjoys tinkering, and adventuring outdoors with his wife, two kids, and dog. 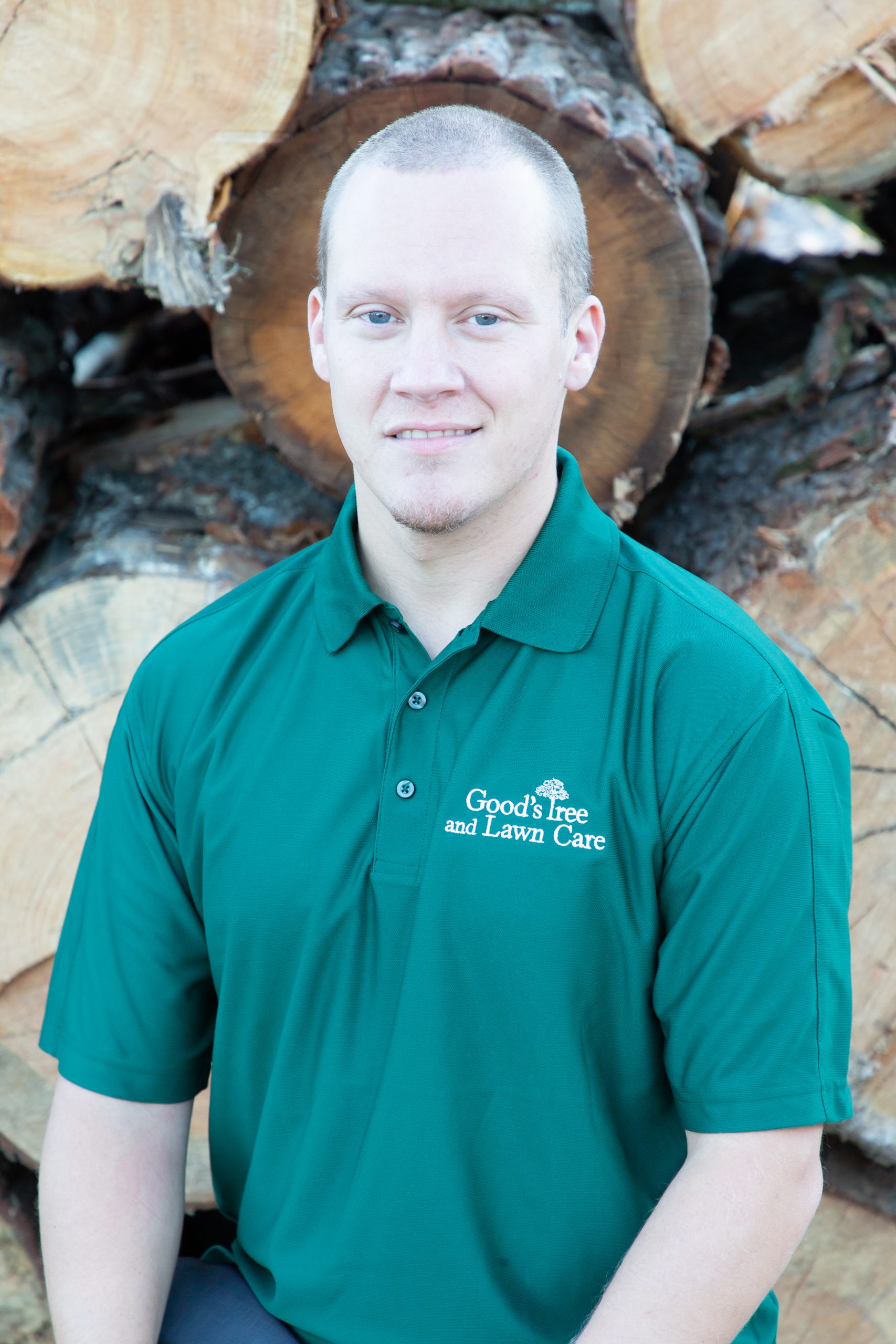 Travis is a graduate of Penn State University majoring in Accounting, and has also earned his CMA (Certified Management Accountant) designation.  While he is new to the green industry, he comes to Good’s with a background in custom steel fabrication, medical device/lab, property and real estate management.  Besides the finance portion of his career, Travis also specializes in HR and IT functions.  Outside of work, he spends time with his wife and two boys as much as possible, being outside. 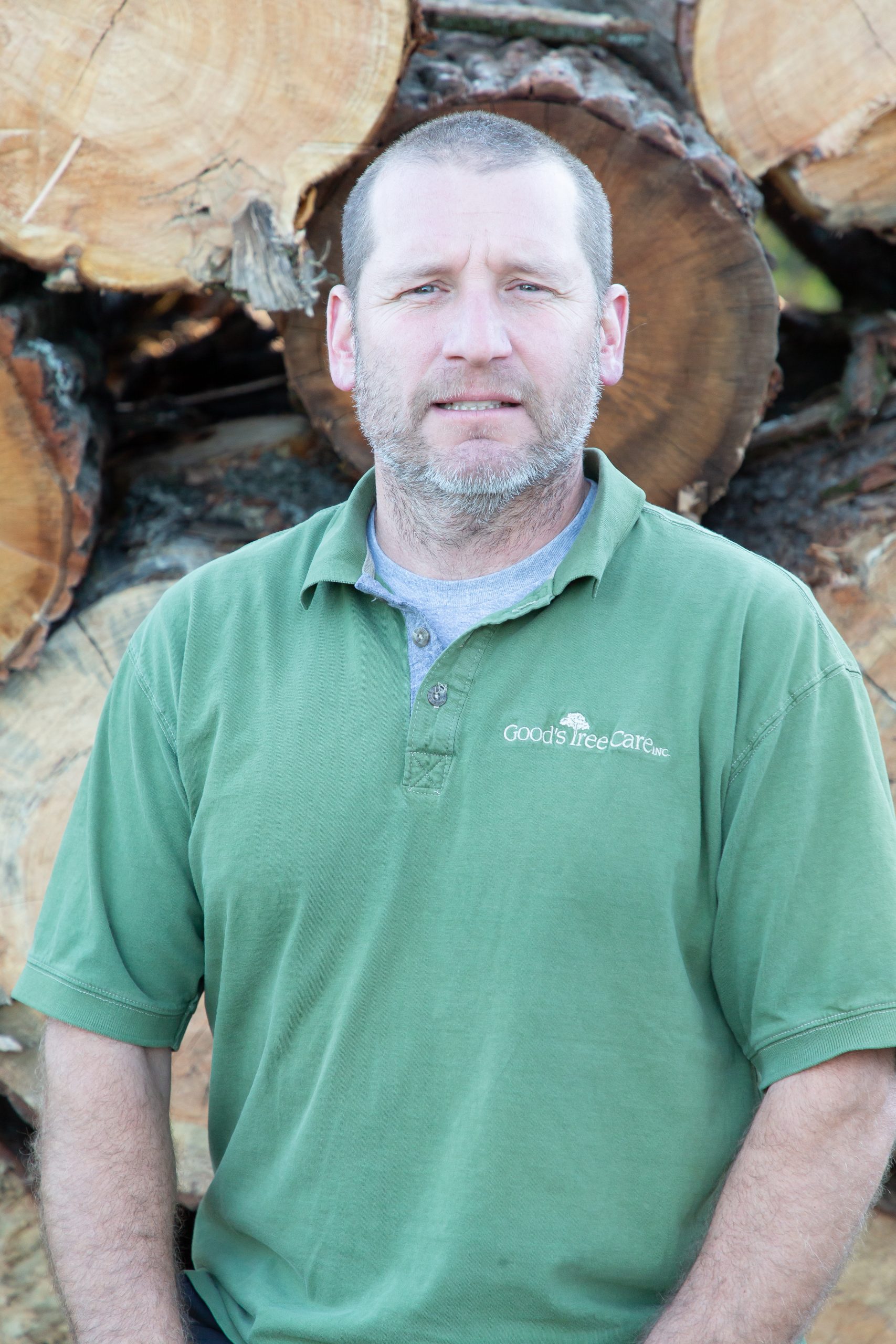 Tony is a graduate of Penn State University in Forest Technology and has been in the green industry with Good’s for 22 years. In the early days, Tony could be found working in the field, but has been providing consultation to customers for 20 years. Being an avid outdoorsman, he enjoys spending time with his family everywhere from the mountains to the beach. In his spare time, he can be found running marathons, milling wood, and working in the wood shop. 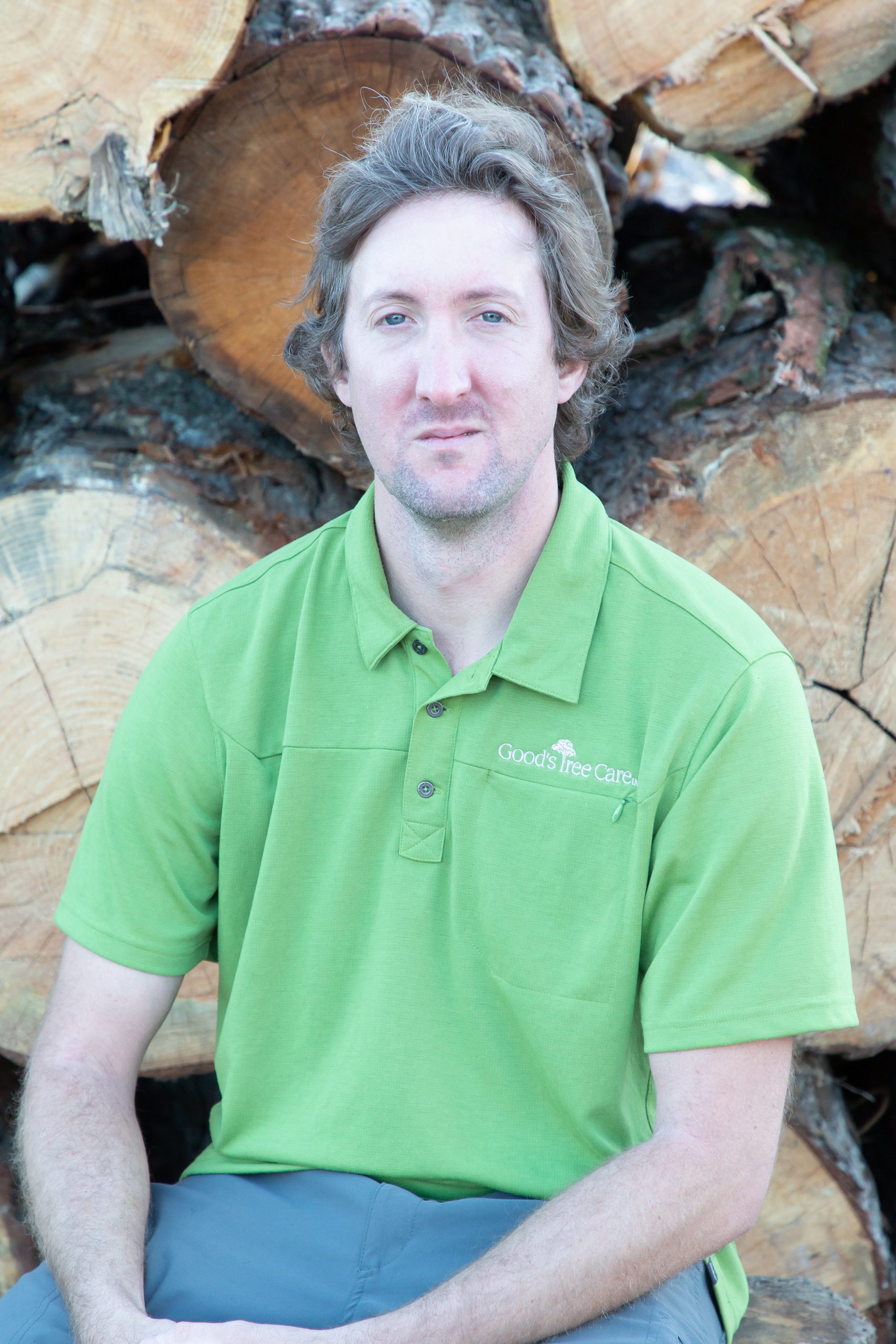 Matt earned his Associates degree in Forestry from Penn College. After production roles with other firms, he joined Good’s in 2007. Matt was promoted from production climber to management, transitioning to sales in 2015. Outside of work, Matt enjoys working in his extensive ornamental and vegetable gardens at his home outside of Hummelstown.  Matt’s horticultural knowledge combined with his passion for plants both in and outside of work makes sales/ consulting an ideal fit. 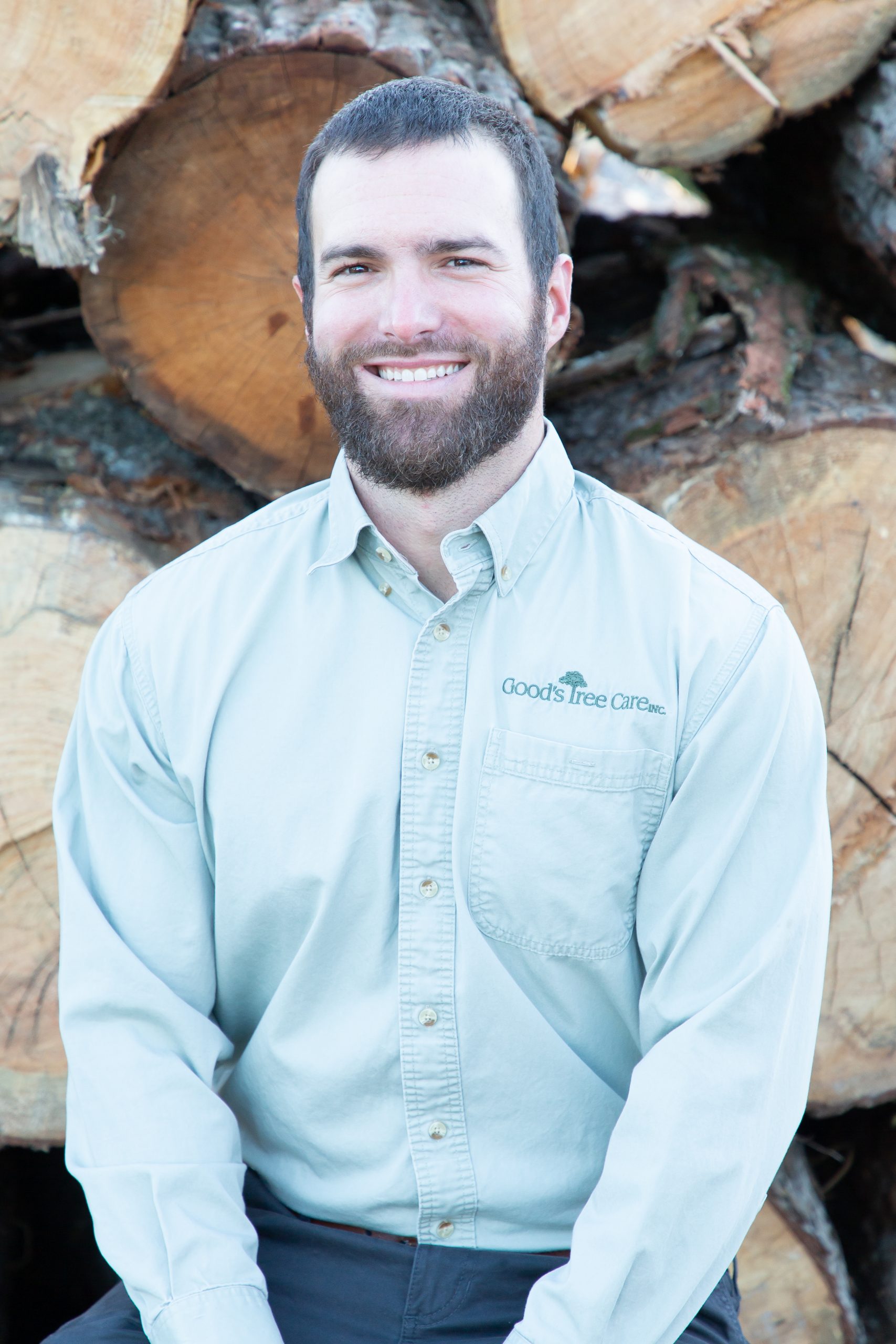 Sam is a graduate of Pennsylvania College of Technology where he studied Horticulture. He has been an arborist with Goods Tree and Lawn Care for about 10 years getting his start as ground crew.  He enjoys hunting and fishing as well as spending time with family and friends. He and his wife live in Mount Joy with their dog and soon to be daughter. 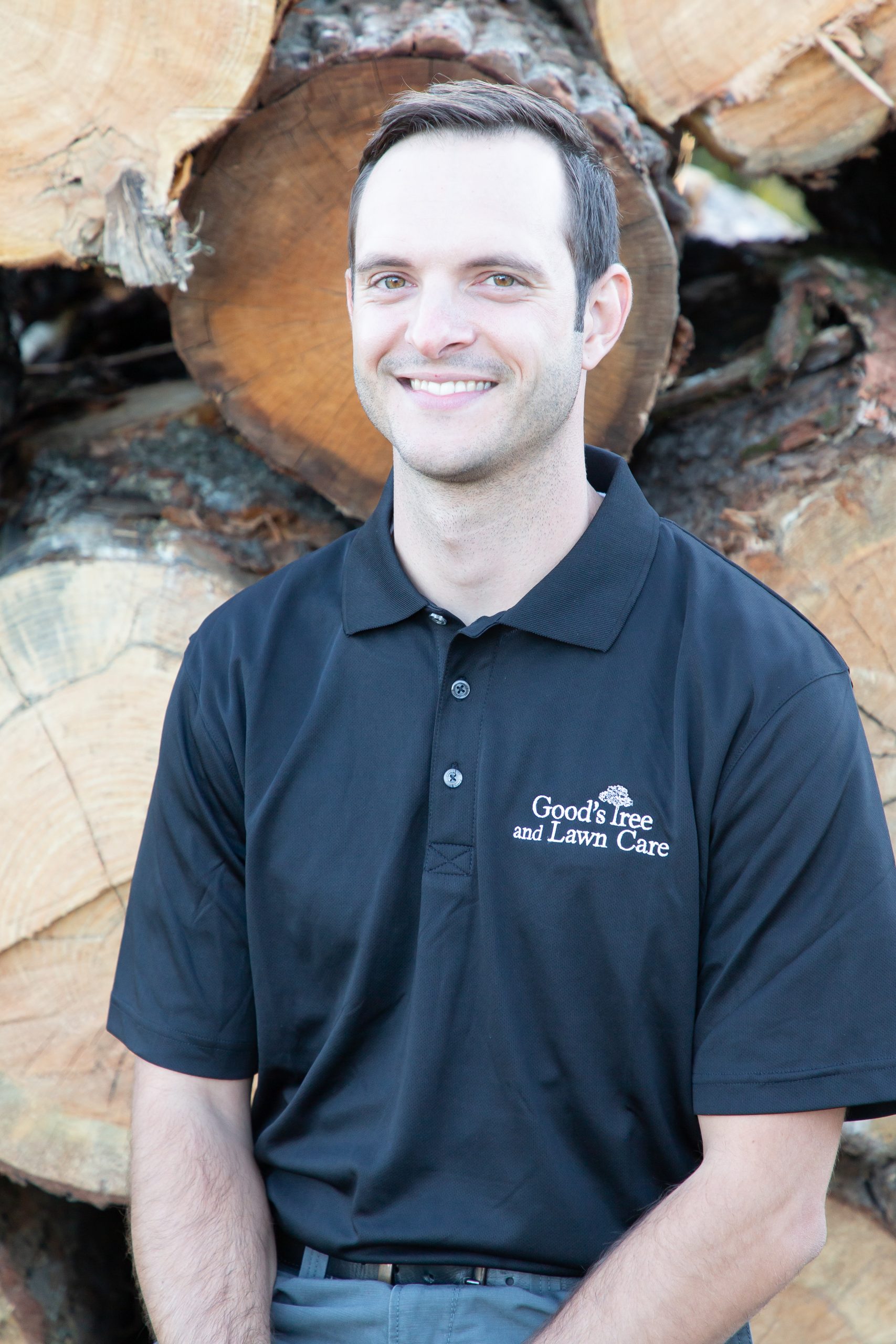 Eric is a central Pennsylvania native and calls Harrisburg home. He is a graduate of Penn State University, where he received both a bachelor’s degree in forest science and master’s degree in plant pathology, with a focus in forest pathology. Eric recently joined the Good’s team bringing experience as a groundman, plant health care technician and sales arborist.  He provides consultations and solutions for tree, shrub, and lawn care needs. Outside of work, Eric enjoys spending time with his wife and family, fishing, and caring for his own landscape at home.

We have over 300 years of combined experience

in our Turf Care team

in our Plant Health Care team

in our Tree Crew team 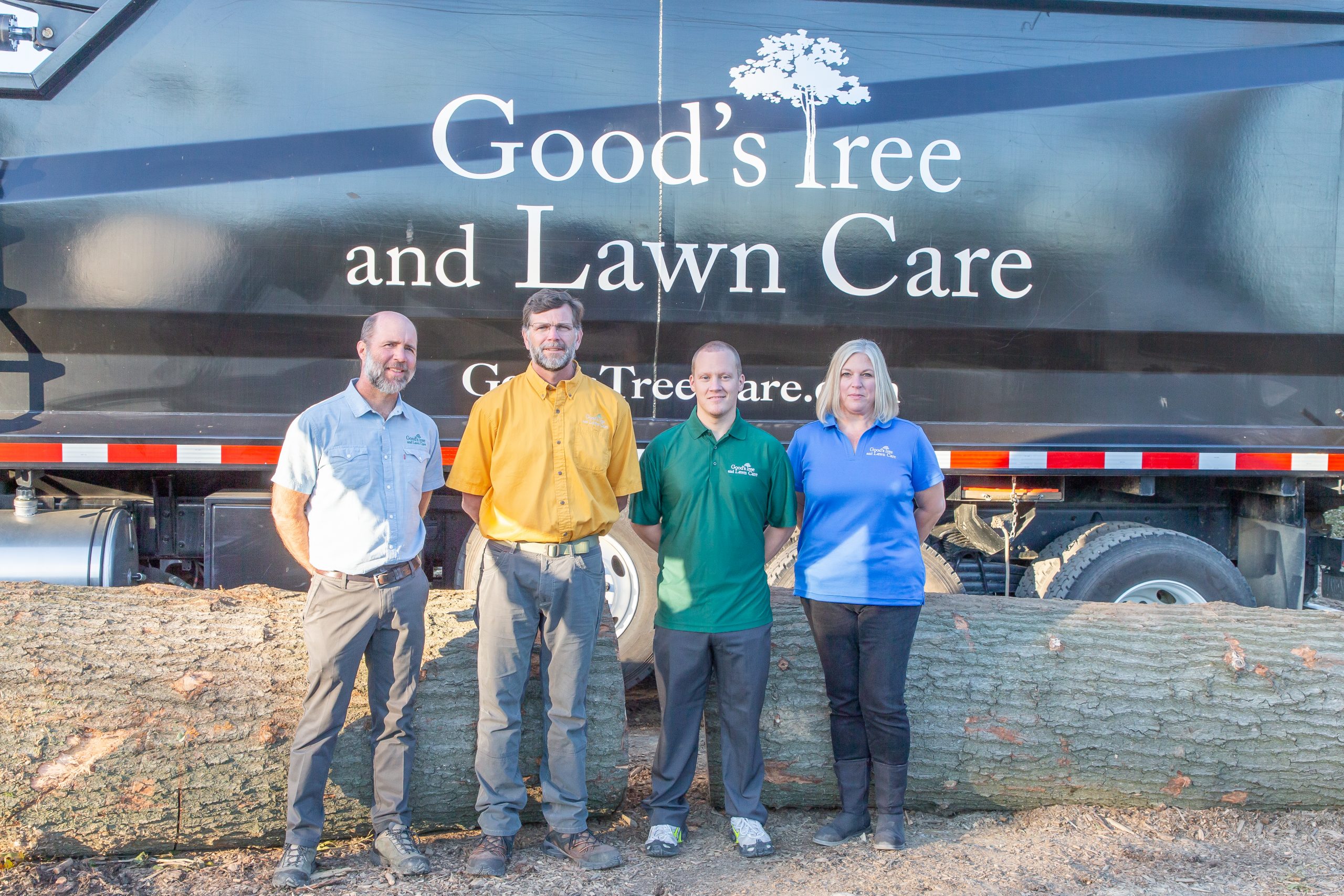 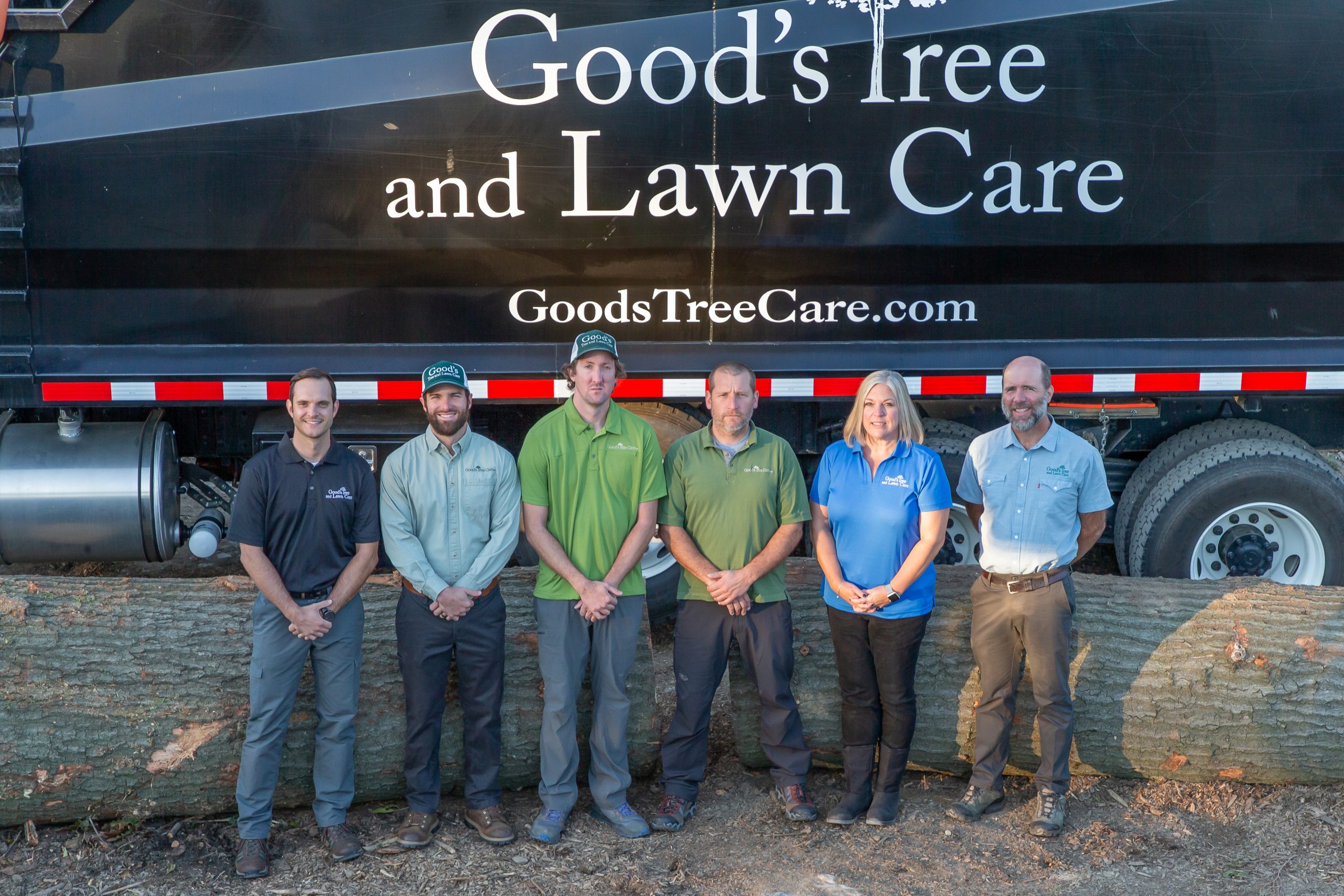 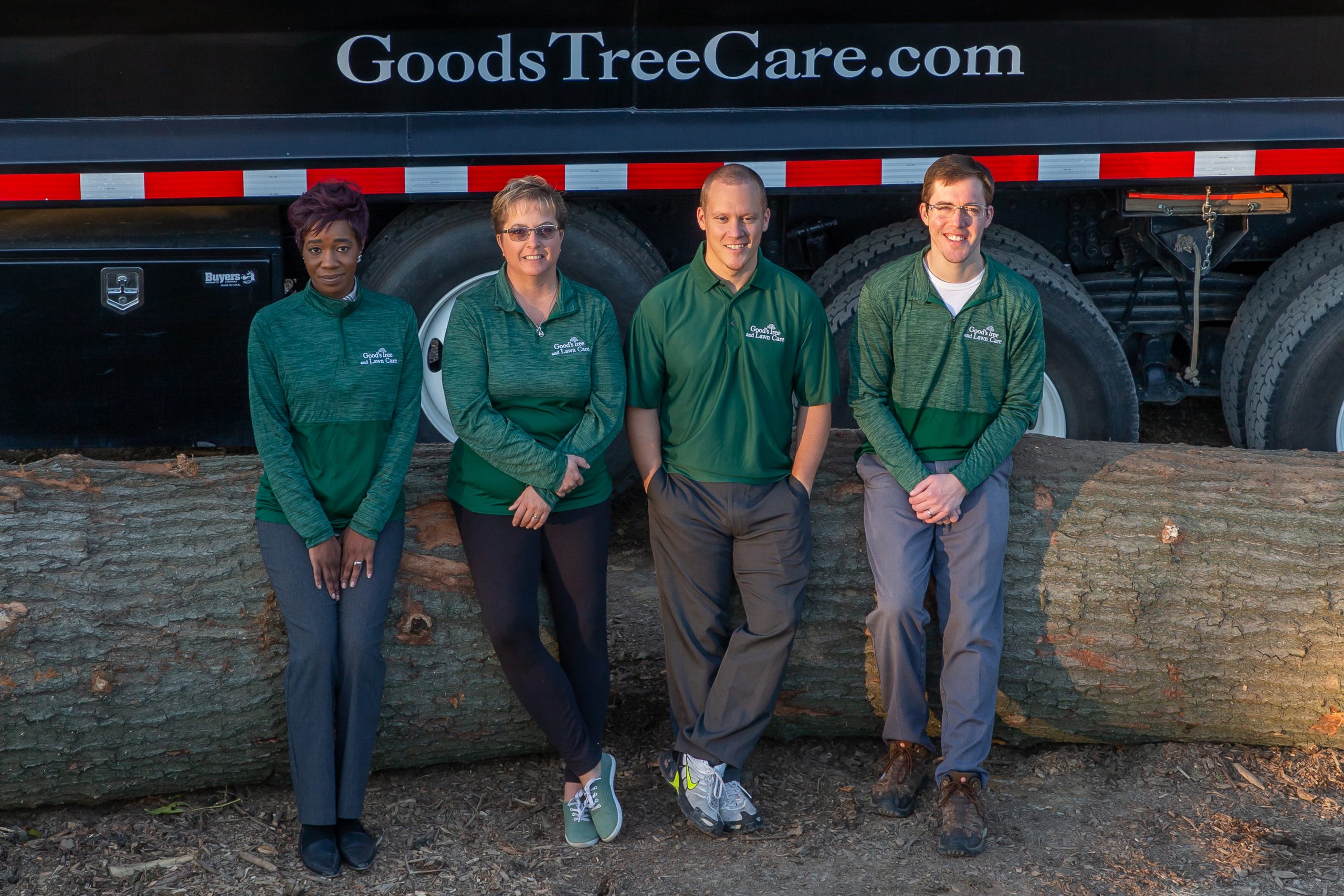 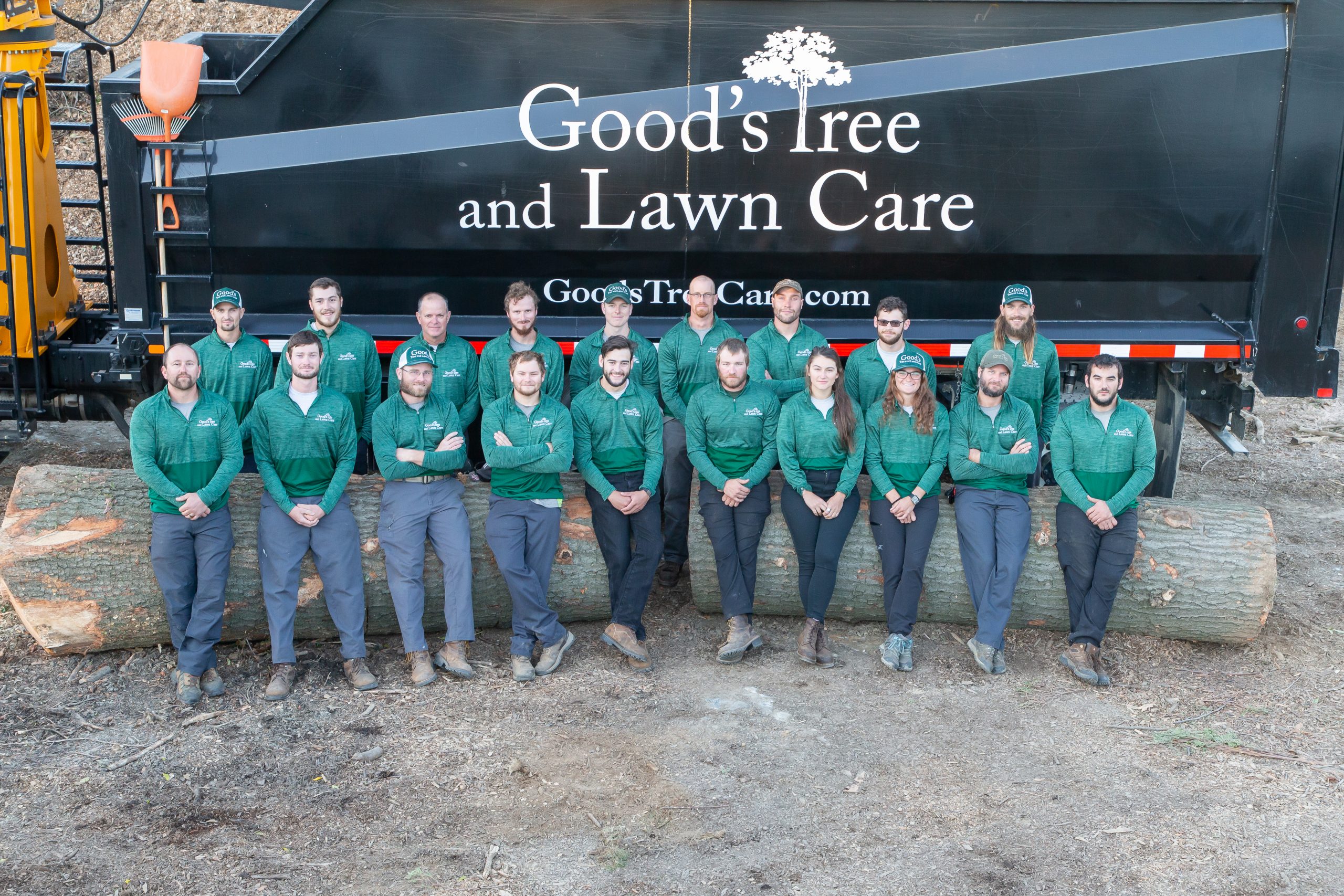 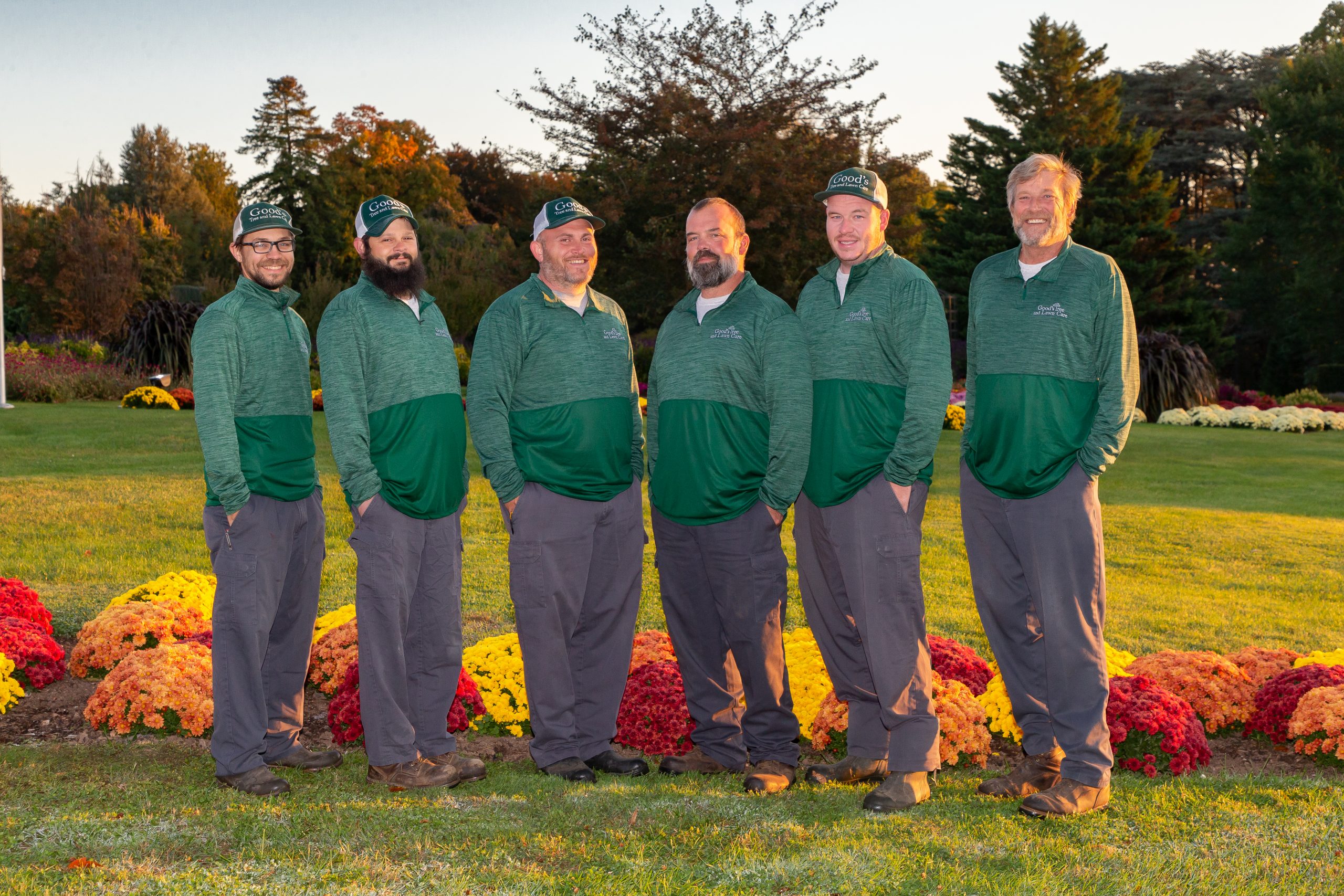 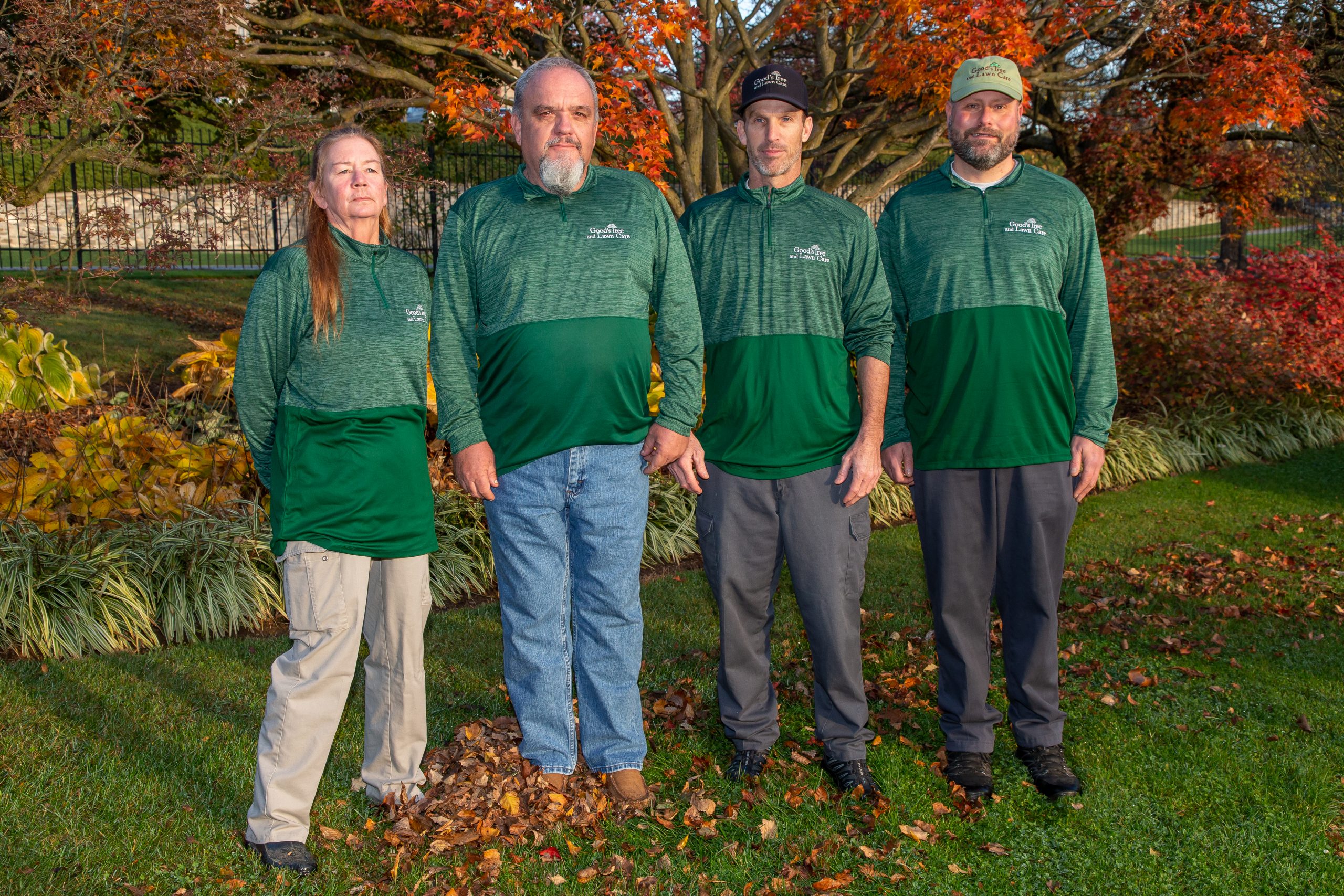 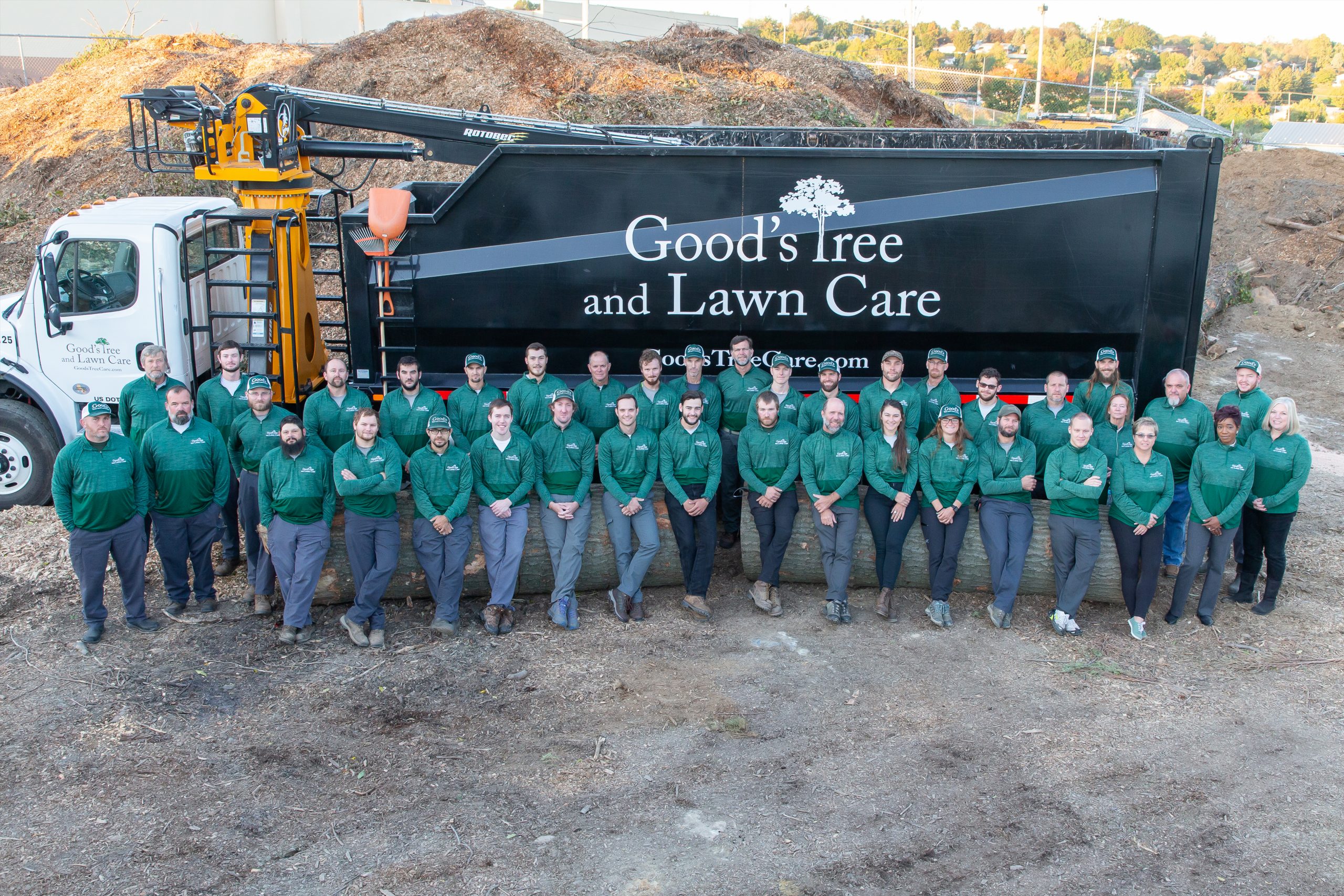