Everything You (N)Ever Wanted to Know about Bleeding Canker 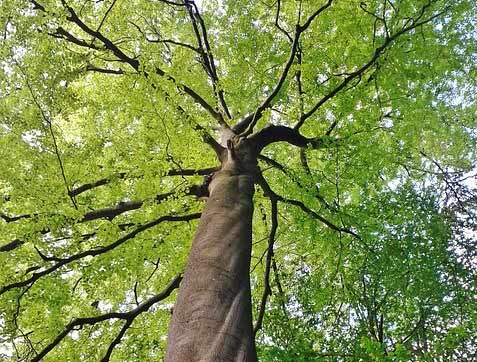 The name “Bleeding Canker” will most likely evoke gory images. But while this disease isn’t anything us humans have to worry about, it can certainly become a horror to your backyard trees. Here is everything you need to know about bleeding canker.

Bleeding canker is actually a symptom of the less commonly known disease Phytophthora. It is a chronic disease that progresses very slowly within infected trees. Many tree species may host bleeding cankers caused by Phytophthora. Among these are apple, beech, oak, willows, maples, honeylocust, elm, and cottonwoods. Phytophthora bleeding canker kills the bark and outer sapwood tissues of trees and shrubs.

How is it identified?

The most prominent symptom of the disease is dark-colored sap oozing from bark cankers. The fluid is typically reddish-brown and it stains the surrounding bark as it flows downward. Infected bark is often water soaked and stained while the inner sapwood can exhibit a range of abnormal colors (brown, bluish-green, orange and pink) depending on the particular species of Phytophthora present.

Why are my trees bleeding?

While oozing cankers might also result from bacterial wetwood, insect injury (borers or surface-feeding), or other types of mechanical injury to the trunk, the most likely cause of bleeding canker is a disease. The Phytophthora species that causes bleeding canker originates from the soil. They thrive in wet soils, which stimulate spore production and dispersal. Splashing rainwater spreads the spores from the soil to the lower trunk where infections establish in wounded bark. Because soil is affected, Phytophthora can cause root disease in addition to bleeding canker. Research has shown that overland spread of the pathogen is rare, meaning that an infected tree at a site does not pose an immediate threat to nearby trees. Unlike many other chronic diseases of landscape trees, effective treatment for Phytophthora bleeding canker is possible.

The first step in knowing your plants are healthy is knowing what you’re looking at. Our certified arborists are equipped to help make an informed assessment of your situation, whether you’re dealing with a healthy ecosystem or an infestation by a disease like bleeding canker, or a pest.  Whatever the course of action requires, our experts will determine a well-planned program for your plants with the goal of maintaining plant health.  Our visits can be monthly or seasonal depending on your variety of trees and shrubs.